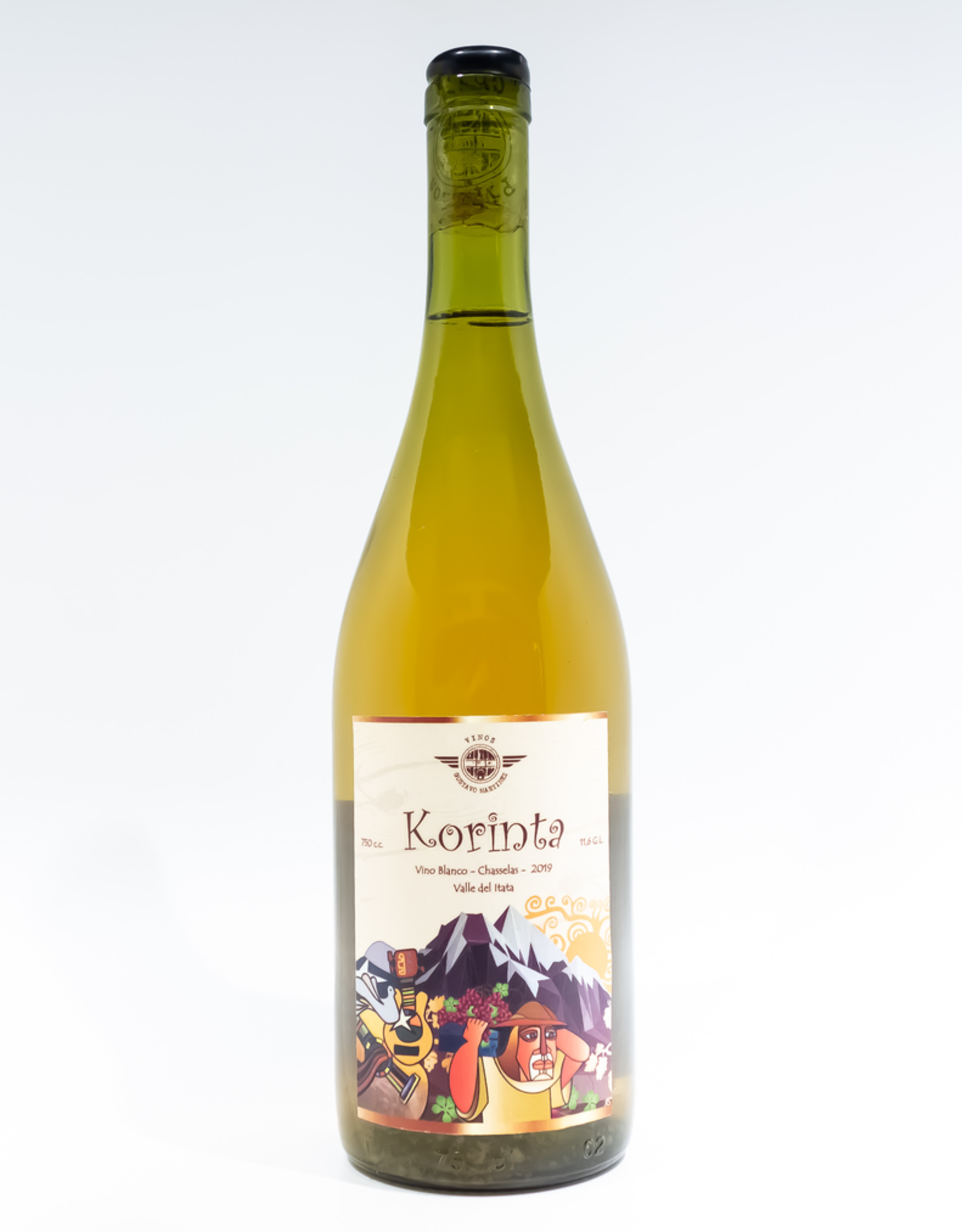 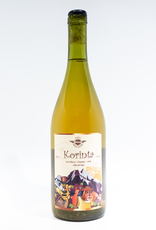 Gustavo Martinez worked for Luis Antoine Luyt, a leader in Chile's natural wine movement, back in 2013-2014. He's been making his own wine since 2015, calling upon relationships he built with growers in the Itata Valley when he worked as a technical advisor for a government-funded program helping winegrowers. He set up shop in Florida (in Chile), which geographically belongs to the Biobío region, and is considered Itata Valley due to the granite composition of the soil. All of Gustavo's wines explore varietal character and site expression, as each is bottled as single variety from a single vineyard. 100% chasselas (known as korinta locally) is nearly impossible to find in single vineyards in Chile. 2019 was the first vintage of korinta, sourced from a half-hectare site of 20+-year-old vines. The grapes were destemmed before fermentation, then spent an additional 7 months on the skins in stainless steel with a little time spent after in French oak. The wine is bottled unfined and unfiltered, with extremely low sulfur addition. We did not know much about Gustavo's wines until recently, but were blown away by their complexity and ability to toe the line between funk and finesse. On the nose, beautiful sandalwood, jasmine, and allspice complement a core of apricot jam, with a perfectly balanced, dry palate with firm tannin. Fun, funky, and interesting, this one will take you on a wild ride! Organically grown, low-intervention, vegan.