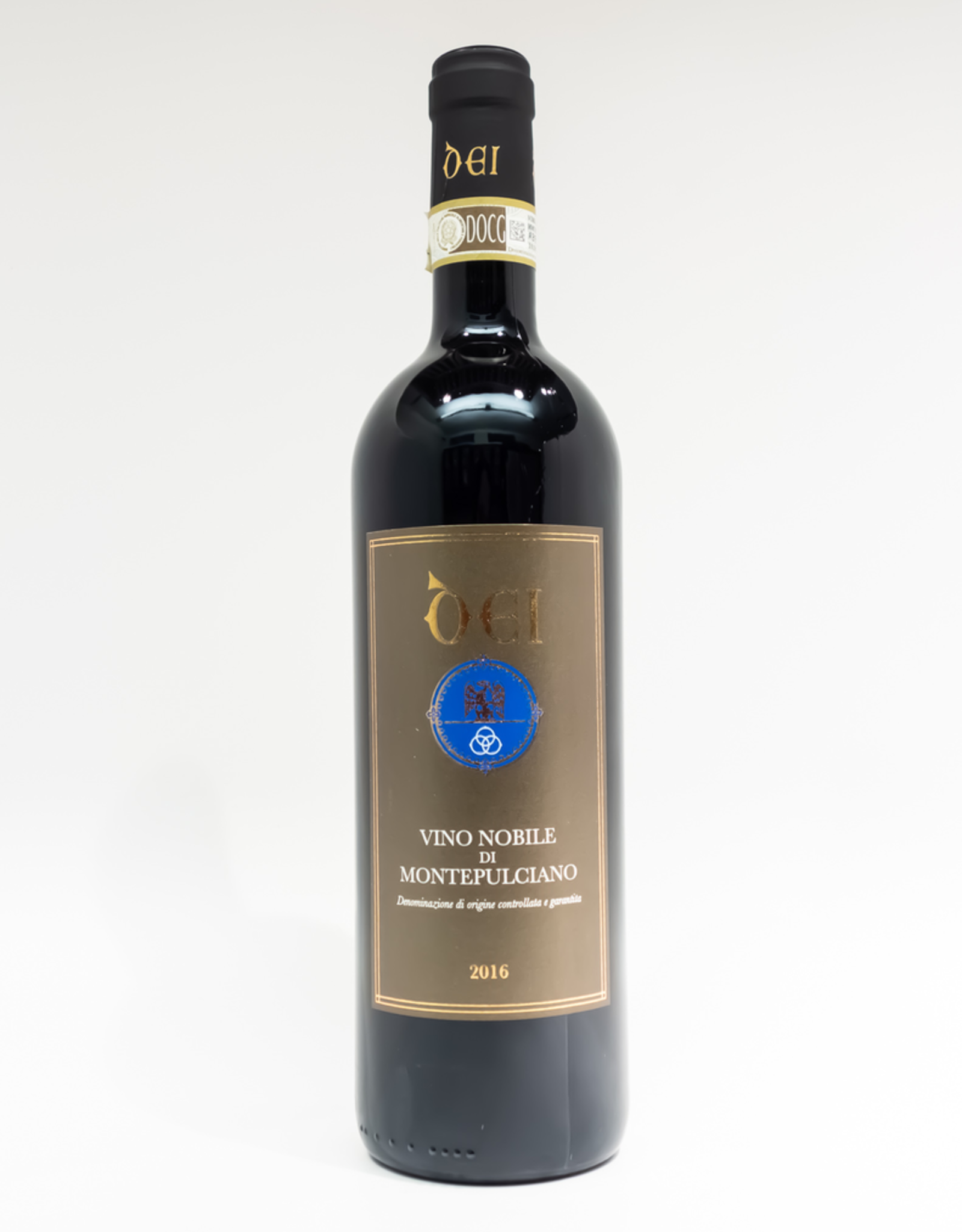 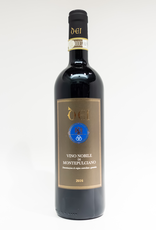 Cantine Dei was founded in the 1964 on land purchased by Alibrando Dei in Bossona. His first vintage showed him that he had chosen an excellent parcel, which he expanded to include the villa at Martinea and surrounding farmland in the 1970s. He produced his first bottle of Vino Nobile di Montepulciano in 1985, and Cantine Dei is still owned and operated by the family. They produce their wine sustainably to promote long-term soil health and fertility and minimize pollution and waste with utmost respect for the land they have been cultivating for so long. This wine is produced mainly from sangiovese, known as prugnolo gentile in the area around Montepulciano, Tuscany. It has a touch of canaiolo nero, a mild red grape used to soften the harshness of sangiovese to achieve balance. Both grapes are fermented with wild yeast and matured in large Slavonian casks for 18-24 months. This is a rich and fuller bodied wine that exhibits classic sangiovese notes with fine-grained tannins.