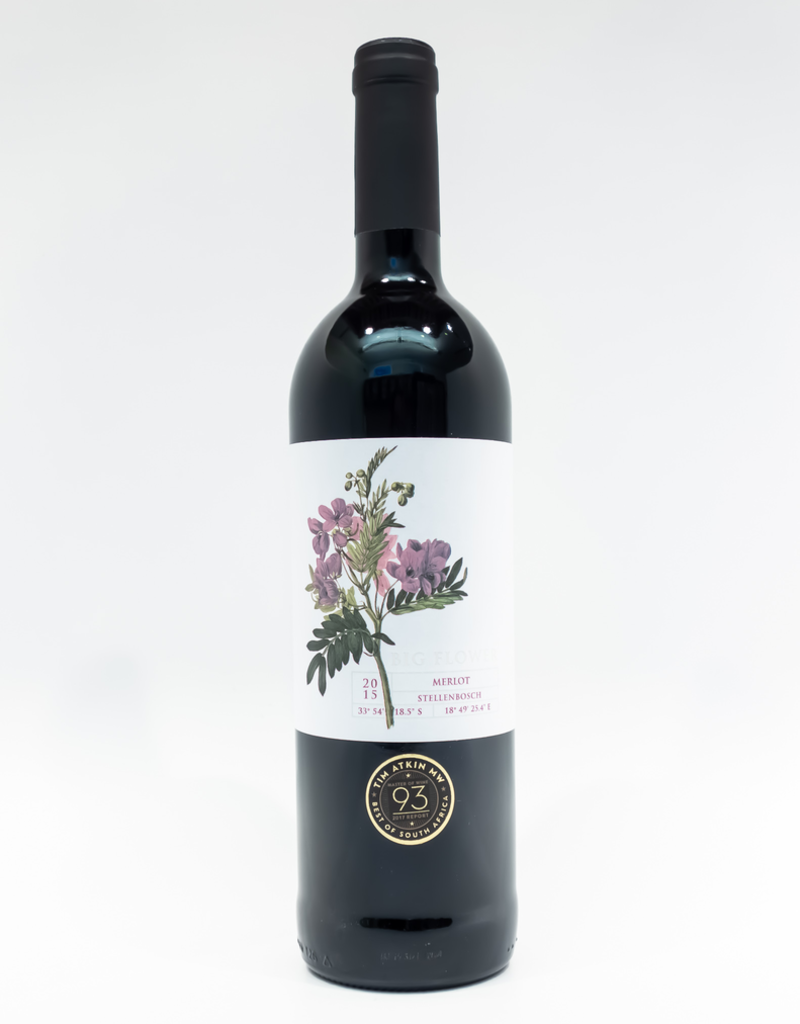 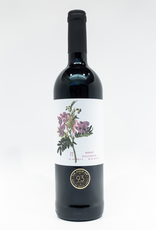 Big Flower is the project of Ginny Povall, an American woman from Boston who is a self-taught winemaker who made an impressive career out of a long-time hobby. She used to import international grapes, along with sourcing domestically, and made wine in her home using a recipe that has since brought her much success and recognition. She moved to South Africa and planted her own vines at Protea Heights Farm in Devon Valley, about 10 minutes outside the center of Stellenbosch. The farm was the first in the country to grow Protea flowers, the national flower of South Africa, so she devotes a portion of her property to growing them (and you can probably guess how Big Flower got its name). This merlot is full of dark fruit with plush, silky tannins and a touch of cinnamon spice from spending 12 months in second, third, and fourth use barrels. Organically grown.